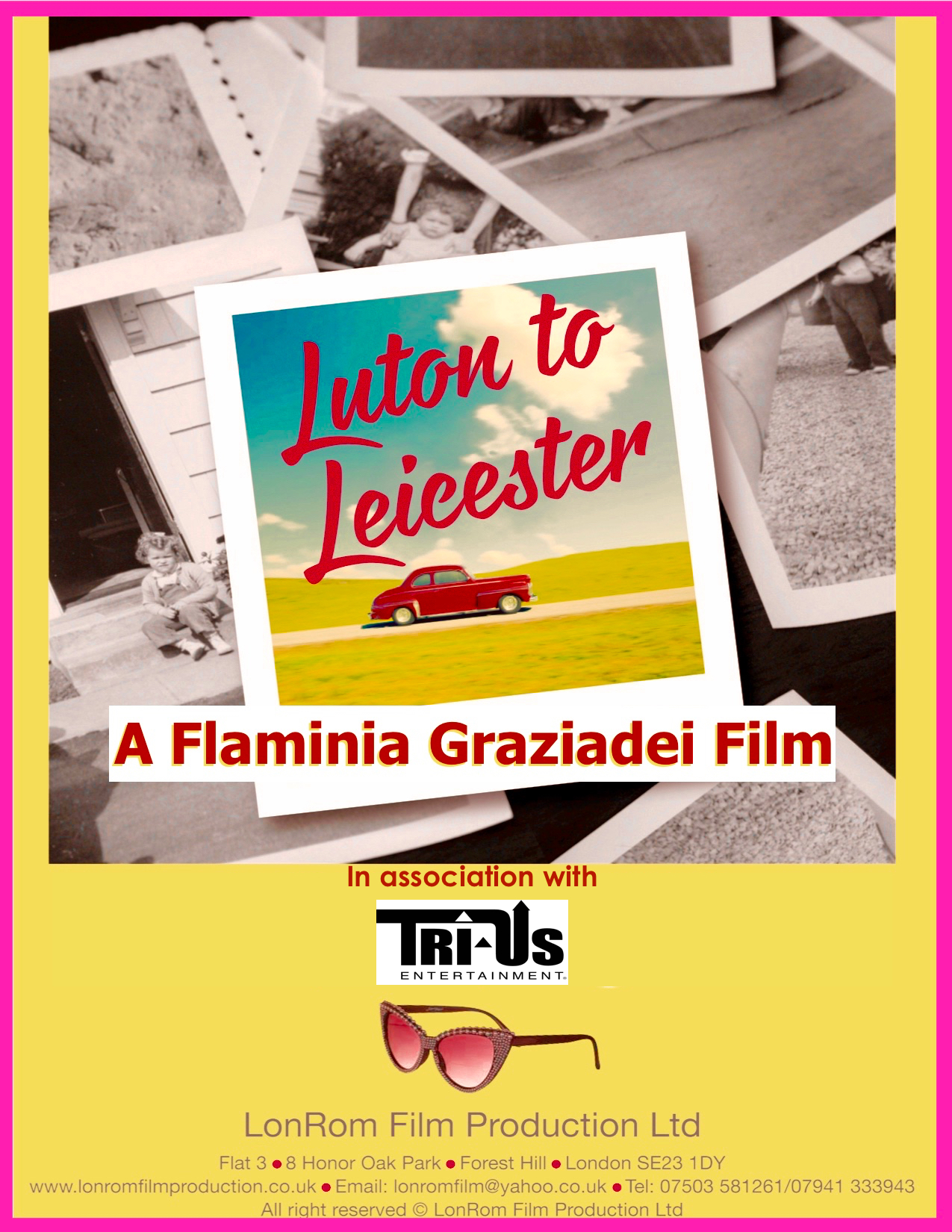 WRITERS James With and Flaminia Graziadei

HEAD OF COSTUME DESIGNING Antonella Cannarozzi (Oscar nominated 2011 for “I Am Love”, by Luca Guadagnino)

Luton to Leicester. Comedy. Drama. British. A Road Movie for the Third Age.

Recent widow Janet is happy to be alone in her grief, but her nephew Edward has other ideas.  When he and his wife decide to take a luxury trip to India what better solution to their teenager- sitting problem than to get Janet and his mother Jo to do the job? Frankly, any other solution would suffice.

Septuagenarians Janet and Jo have had a strained relationship since Jo popped off to London in the early 1960’s leaving her beau behind, only returning to find him engaged to Janet. But such ancient history means nothing to Janet’s son Edward, whose sole purpose is to get them together with the hope of unloading his difficult mother on Janet, who will invite Jo to abandon her Holland Park flat for the delights of Janet’s home in Luton, leaving said flat to his teenage children. Poor Edward, expert money-maker, but not so well acquainted with the human heart puts himself firmly in hot water with his mother, his wife and his bemused relatives.

The ladies reluctantly start their journey from London to Leicester and things go swiftly downhill as Jo is determined to close the distance between her and Janet. Edward has wittingly reprogrammed the SatNav GPS navigation system to guide the two ladies down the quieter back roads, hopefully giving them space to start bonding anew, also to provide Jo with the courage to reveal a long-held secret. But the best laid plans often don’t play out as wished. The trip unwittingly takes a turn for the farcical when Jo has an unfortunate encounter with a cowpat and they pull into a Petrol Station to repair the damage to her Armani Suit.

The comedy turns dark as Lara, a young girl caught up in human trafficking and illegal animals smuggling into the UK appears, as she is making her escape from her “protector pimp”, Keith. The local police sergeant along with his novice assistant who have been investigating the illegal activities and following baffling leads for some time are now getting warmer and closer.

What ensues is a chase of epic proportions as the pimp and a succession of local policemen race to catch the criminals at large.

The sleepy villages of Luton and Leicestershire, complete with their traditional customs and quaintness, form the backdrop to the adventure and an uneasy alliance between Jo and Lara. Jo would secretly love a return to days of the British in India and finds the excitement and sudden mishaps contagious. Road rage meets rampage at the Hallaton Bottle Kicking and Hare Pie annual pilgrimage. And as they approach Leicester, they run smack into Modern Britain in the middle of a massive Hallaton Hare Pie Scramble and Bottle Kicking celebration.

After a brush with death, Jo’s secret is revealed and the sisters realise life is too precious to always be angry: the creation of a new and different family; with Lara and the search for the long-lost daughter of Jo and John that will bind them all together.

East is East, West is West - but in Luton to Leicester the twain DO meet, in a funny and moving celebration of multiculturalism and humanitarianism in present day UK.